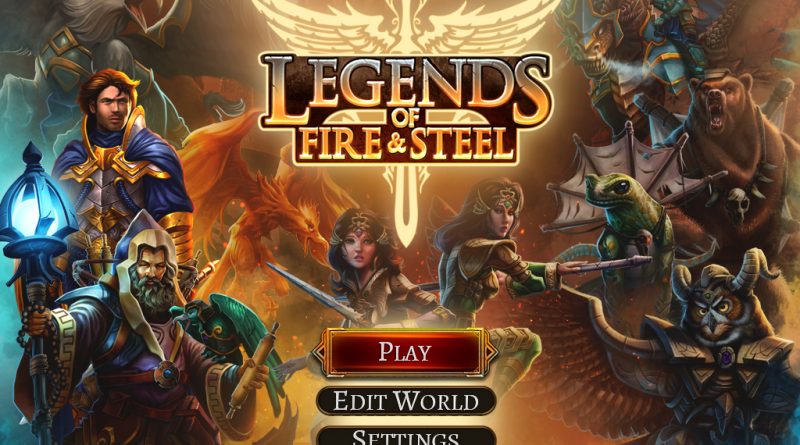 A quick interview we did with IndieGamesAsia.biz – who are good people, and have been really supportive of us. As a fun aside, this is before the renaming of Legends of Callasia – it used to be Legends of Fire and Steel. God only knows if the change was a positive or negative. 🙂

Boomzap´s Christopher Natsuume About the Recent Kickstarter Campaign for “Legends of Fire & Steel”
By Frank – Jul 2, 2015

In 2005 Allan Simonsen and Christopher Natsuume founded in Singapore Boomzap Entertainment. Boomzap has released 40 games to date that are ported on various platforms. Today Boomzap is one of the top independent casual game development studios in the world. IGA.biz interviewed the Co-Founder and Creative Director of Boomzap Entertainment, Christopher Natsuume, yesterday. Natsuume spoke about the Kickstarter campaign and about the current industry´s trends.

IGA.biz: Legends of Fire & Steel is a multiplayer strategy game. Please tell us a bit more about the storyline of the game.

Christopher: The story of the game is kept intentionally loose and somewhat obscure. The real fun in strategy games is about putting together your own armies and strategies, not playing ones that have been dictated to you by a story. We obviously have a little bit of background about how the Revenant, Fae, and Human armies interact, but the short version is they don’t like each other and they fight. Over time we will be introducing new races and new elements to build the story up, but the real truth is we will be focusing mostly on multiplayer gameplay and setting up tournaments, leader boards and other things like that. We won’t be spending a lot of time on a specific single player campaign based storyline.

IGA.biz: What makes Legends of Fire & Steel different from other multiplayer strategy games?

Christopher: There are a couple big differences. The first and most critical is that we designed the game from the ground up to be a strategy game that plays well on a tablet.

This is basically a response to my frustration to really wanting to play strategy games, but not wanting to spend my entire life sitting at a desk and a desk chair. I wanted something that was really interesting and really strategic that I could play while I was lying in my bed or sitting on my couch watching TV with my wife.

The other big change is that we wanted to solve the problem of turn based multiplayer strategy games taking forever, largely because of hot seat gameplay. In most games, if you’ve got more than two or three players it becomes almost unplayable because you have to wait for everyone to take their turn before you can. The other option of course is real time (RTS), but those games tend to be less about strategy and more about learning how to click really fast. Which I suck at. So, we wanted something different, that kept the players actively playing the maximum time possible. Our solution was to create a simultaneous plan and resolution cycle. This way, everyone gets to make up their turn and then experience a simultaneous resolution where we see all of those plans played out in real time. What this means is you’re either actively planning your turn or watching your turn resolve the whole time you’re playing the game and you’re never waiting. This makes for a much more compelling experience with a lot less frustration.

IGA.biz: How is your Kickstarter campaign running so far? Please tell us a bit more about the feedback from your backers.

Christopher: It’s been slow, but steady. I think we don’t really fit the profile of most people who are doing Kickstarters. Generally, they are very small teams of maybe one or two people working on very small indie games with pixel art or cute anime characters, or they are big companies with big famous names who made big famous games before or who are resurrecting a famous license that can get people excited. We’re somewhere in the middle.

We have been around for 10 years and the people in our studio have made hundreds of games (combined between all of us), but none of us are famous celebrities. Instead, we have to count on the design of the game itself and our ability to go out and deploy grassroots marketing, which is what we’re trying to do now. I am spending a lot of time now going through websites, YouTube videos, Twitter feeds, and other places that might be interested in our Kickstarter and contacting them one by one to explain what we’re doing. It’s time consuming, but it’s also very good marketing for us and gives us a chance to talk to people directly about what we’re doing not just on this Kickstarter campaign but also for other Boomzap projects.

IGA.biz: What have you learned so far from your Kickstarter campaign?

Christopher: Most importantly, that Kickstarter campaigns take a lot of time and energy to put together. But that’s not all bad because what we’re doing to promote the Kickstarter is precisely the same work that we would have to do to promote the game itself. And since we are a studio that produces a number of games, none of this work will be wasted. All of these marketing efforts are helping to build our overall marketing capacity: building a network of websites, forums, and discussion groups where people really care about games that we can address again later with other projects. To be quite honest it’s been a great journey for us whether or not the Kickstarter campaign is successful. I think we’ll get plenty out of this just in terms of the marketing experience. In that sense we’re already quite successful. That being said, we’d really like to hit our goal!

IGA.biz: If your Kickstarter campaign succeed, what are the next steps?

Christopher: Honestly, the things required to make the Kickstarter campaign succeed are very similar to making the game itself succeed. As we’re developing a studio that can work without publishers, being able to do this type of grassroots marketing from the ground up is something we have to master to power the release of the game. Marketing is a real skill. It takes work, effort, time, and expertise. You can either buy that through hiring a marketing agency or you can do it yourself. The problem with doing it through agencies is you don’t get to keep any of that. In the end all of those connections still belong to the marketing agency. Instead, we want to be the people who are going out and talking to the Influencers and the websites so that we’re building those relationships directly, because whether or not this Kickstarter campaign, or eventually even this game, is successful, those connections are still valuable.

Christopher: Well, we registered in Singapore, but we actually have developers in 14 different countries including all of the major nations of Southeast Asia. That being said, we’re proud to call Singapore our home. We have received great benefits not only from the Singapore government but from the Singapore community in building and developing our business over the last 10 years. In terms of a country that is very pro business, very low stress, and very willing and able to support young developers, I really don’t know of a place better than Singapore right now. I promise they didn’t pay me anything to say that.

IGA.biz: How many people are working at Boomzap currently? Who are the main people at Boomzap?

Christopher: Right now we have about 70 people working across 14 countries spread out in about 24 cities. These are Artists, Designers, Programmers, Testers, Business people, Marketing professionals, everybody you would need to build and publish video games. The founders of the company are myself and Allan Simonsen, who is not only my business partner but has also been my best friend for well over a decade.

IGA.biz: Since 2015 Boomzap released over 40 games for PC, Mac, iOS, Android, and Wii worldwide, which trends in the Game Industry do you see for the next two years globally and especially for Southeast Asia?

Christopher: I think what we’re seeing in Southeast Asia is also the major trend in the rest of the world which, is the rise of the developing nations.

Until just a few years ago places like Indonesia, the Philippines, and India didn’t really have access to computer game machinery. Now, there are cheaper smart phones that are being produced in China, it’s possible to pick up a brand new game-ready smartphone for less than $30. This is a complete game changer. There is now an entire generation of people in the developing world who have never had a game machine, never had a computer, never had a smartphone. They are all getting their first smartphone now though and companies are going to have to figure out how to make titles that address this specific audience. Southeast Asia represents the second big wave of this transformation, with China obviously having been the first. Companies that do well in Southeast Asia are going to do well in Latin America, they are going to do well in India, and they are going to do well in providing the services for the rest of the developing world as they come into our sphere as game capable consumers.

Christopher: This is actually the impetus behind Boomzap’s new move into publishing in Southeast Asia. We looked around about 2 years ago for a quality publisher to work with in this region and realized that there really weren’t anyone specifically focused on Southeast Asian publishing. Now that the market is growing it seems there are some other people interested, but none have the unique value proposition that we do of having been in this region for over a decade which is having staff across all of the countries in Southeast Asia and having the long and deep history in game development that we have. It is a unique opportunity and a unique situation, and we’re working as fast as we can to build up the right capacity to support not only our own games but the games of other developers who are interested in expanding into this region.

IGA.biz: Finally, do you have any other comments?

Christopher: I just like to say it’s really a fascinating time to be in the game industry. Every 5 or 6 years the industry goes through a major developmental shift and we see a wave of both destruction and consolidation as people either fail to adapt, or rise through. We are in the middle of one of those changes right now, and everyone is either going to have to adapt and evolve, or get out of this industry. I’ve been through a few of these changes in my life, they are always stressful, but they always produced a bigger, stronger, more interesting game industry. I’m really thrilled to be part of it.