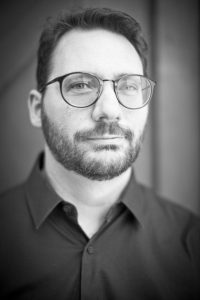 Chris has been a game development professional since shipping The Fortress of Dr. Radiaki in 1994. Since then he has been credited as a designer, lead designer, producer, director, and creative director on over 50 games, including producing the award winning classic FPS, Far Cry, directing the runaway-hit HOPA series Awakening and Dana Knightstone,  and most recently, creative directing the hit strategy game Legends of Callasia. In this time he has worked in locations as varied as Japan, Germany, Scotland, Singapore, Texas, and Utah, and shipped products worldwide on Playstation, Xbox, Wii, PC, Mac, iOS, and Android in more than 20 languages.

Since 2005, he has been the Creative Director and co-founder of Boomzap Entertainment, one of the top independent casual game development studios in the world. Boomzap is famous not only for it’s high quality casual games, but it’s completely virtual work environment, with up to 90 people working on multiple projects in dozens of countries around the world, predominantly Southeast Asia.

Chris holds a BA in History from the University of Texas at Austin and an MBA at the University of Washington, Seattle with a specialization in International Business. He is a proud lifetime member of the IGDA, and an adviser to the Casual Connect series of game conferences. He is an avid livestreamer on Twitch and YouTube,  showcasing the development work at Boomzap, as well as other great indie games.

In his spare time, Chris works with the 3 Summits for Nepal organization, which raises money for building schools in remote regions of Nepal.